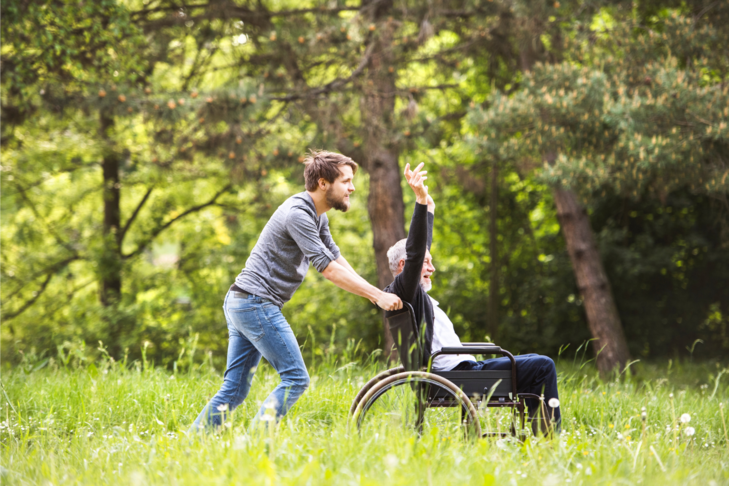 Develop a public awareness campaign, showing the diversity, skills and reality of care work. This would be a long-term national public messaging campaign to boost the understanding and profile of social care. This will be initially informed by a national discussion on what social care means to help develop key messages. The campaign should build on the understanding of the diversity of care options and the realities of the different skills that care staff use. Show diversity and deliberately include young people, showing the profession in a more positive and progressive light. This could include showing the range in care, such as: - roles in the sector - specialisms - types of care setting - different clients and their need. This could also include a national day for social care promotion, highlighting the important role of care.

Squandering money in a PR campaign is no substitute to paying a living wage and is wasteful use of rac payer money.

One campaign would not be of use in the long term. It would need to be a regular thing. Plus, resources should be made available, e.g. a website, to promote information on how families can participate more in looking after family members who develop care needs and where to get support. Sometimes people do not realise that it would be best if care is provided in a family setting, instead of handing it off to someone else.

To make the carers more valued. To take in acount the distance they have to travel between clients and the fuel cost. To allow time if a urgency occurs.

I find many of these points so focused on the carers rather than the people who are at the centre of the need for carers in the first place. Again I’m seeing people with disabilities being marginalised by this strategy. Really carers and cared for people are working in partnership. And they are striving to find a balance. They are working to take some of the strain off unpaid carers, and they are working to give them a break, and most importantly they are doing some manual handling jobs that require more hands on deck. I understand you are trying to show people an image they can aspire to be but if they are not compelled by the people they are there to support there is no hope for them. So I think centering people with disabilities is key and thinking about this in terms of partnerships and working with people with disabilities.

This good idea in principle is 5 steps too early in my opinion. You have to set up the framework to improve training, recognition of the profession, working environment, a decent pay, progression opportunities, supervision etc before you can start to start to try to attract people for the profession.

This needs to be included with the training programme not separate from it.

Agree with both points made below, ie that a proper framework of training, pay, conditions etc needs to be in place before any public awareness programme can hope to achieve anything significant.

I particularly like the idea of raising consciousness around care work in young people. As an ex Careers Adviser I have met many young people who completed the college Health and Social Care courses and enjoyed it. They were however put off pursuing a career in the field, as they soon saw they could earn as much or more, and have more chance of progression in their local supermarkets. The idea that caring work is primarily a vocation is at least as old as I am, and was used to justify the fact that a majority of carers were women and were likely to marry. These ideas are not valid nowadays. More men are interested in care work, and less women are dependent on the wages of a partner. They need to be able to know that their care will enable them to live comfortably in a changing society, and not simply enrich their employers.

I think every young person should be spending a year working in care, a national service type arrangements. Skills learnt during this time such as communication, empathy, caring about others are skills for life that everyone should have

Underlying everything connected to social care, is pay. All the strategies in the world won't make any difference, until wages meet the level of responsibility expected from care workers. How can we expect people to be attracted into care work, when the profession is so undervalued regarding the financial reward for such demanding work?!

It's a good idea to work on promoting care work in a positive way, but in the end, if the pay and conditions remain poor, no amount of PR is going to solve the problems we currently face.

Allow me to begin with an anecdote. Being autistic, I was once disqualified from a job because I failed to answer hypothetical questions at an interview. The employer was a specialist provider of autism support who should have known about autistic difficulties with hypothetical questions and recognised their legal responsibility to make reasonable adjustment. My 23 years as a support worker for people with profound language difficulties amounted to nothing. The problem in the care industry is that it is based upon the premise that there is a broad distinction between those who provide care (the able) and those who receive it (the disabled), and no individual is allowed to cross that line. There are limits to inclusion and diversity that no able person will speak of, and yet I suspect there is a disproportionately large number of neurodiverse workers in the care industry. They commonly become dedicated longterm carers who see their work as more than just a job, a place to slack off or a stepping stone to other places. They dedicate themselves because they understand, empathise and identify with the people they support, whether they recognise their own neurodiversity or not. If the industry truly values diversity and inclusion, it needs to recognise that disabled people are not second class citizens, but are vital to the communication pathways between those who receive care and those who provide it. PS: Every care environment seems designed solely for the needs of able people.

rather than thinking of this as just an awareness campaign, considering how to gradually change culture around care work is also important. This includes beliefs of professionals, government, and care workers themselves, about the skills and value of care workers.

Have a range of awareness campaign strategies e.g types of media. Include information that appeals to the current generation, for example letting people know there is Career progression

A few questions to consider would be, what would be the success metrics of the campaign to ensure its impact? how accessible will the campaign be to the target audience, because a major challenge is actually getting people to see the campaign and engaging different groups of public(s) e.g younger people, older...

We'll be able to recruit more people into this profession if potential workers can also see: 1. It will pay a lot more than it currently does. 2. Workers have power over their own conditions - so let's make sure they're unionised and listened to.